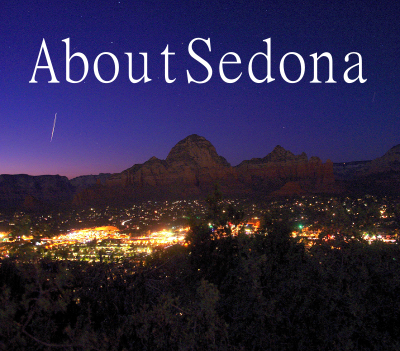 The history of Sedona, Arizona starts with its spectacular red rock formations of course. One of the main underlying aspects of its historical tourist interest of which people come to notice when visiting Sedona. But of course the scenario of its founding and interesting nature preserves, historical monuments and places that make up the town are shown in the current setting of why people gravitate to Sedona. Sedona’s historical reference of understanding starts in the late 1876. Where did the city name come from…that being “Sedona”?

Within “Sedona” there were at the time 15 homesteading families living in the area. One gentleman by the name of Theodore Carlton ‘T. C.’, and his wife ‘Sedona’ Miller Schnebly of Gorin, Missouri had been convinced by T.C.’s brother, Ellsworth Schnebly, to move to the area with its majestic red rock scenery. After arriving in the homestead outpost, T.C. and Sedona Schnebly bought 80 acres and constructed a two-story home, where modern day Tlaquepaque and the Los Abrigados resort are now located. T.C. being an ambitious man, also made the two story home the area’s first hotel and general store. T.C. created the demand for a much needed regular mail service and had organized the homesteaded outpost first post office.

The homesteaded outpost did not have a name, and a name was desperately needed. T.C. actually submitted possible town names to the Postmaster General in Washington D.C. for the names of ‘Oak Creek Crossing’ and ‘Schnebly Station’. The Postmaster General at this time did not favor those names and they were denied. T.C. learned that the Postmaster General favored one-word names for postmarks. T.C.’s brother Ellsworth suggested that T.C. name the town after his wife, ‘Sedona’.

Sedona’s mother, Amanda Miller, had been born in Feb. 24, 1877 and used the name ‘Sedona’ because she had “thought it up” and it sounded pretty. So ‘Sedona’ was submitted and accepted and approved by the Postmaster General on June 26, 1902. Sedona is not a Native American nor a Spanish name. The name captures the essence of the town with it’s beauty, natural wonders and scenic monuments.